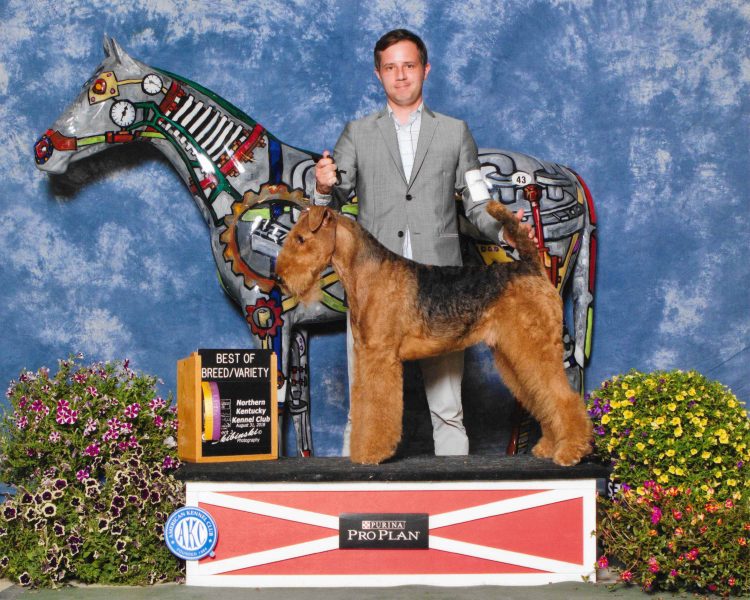 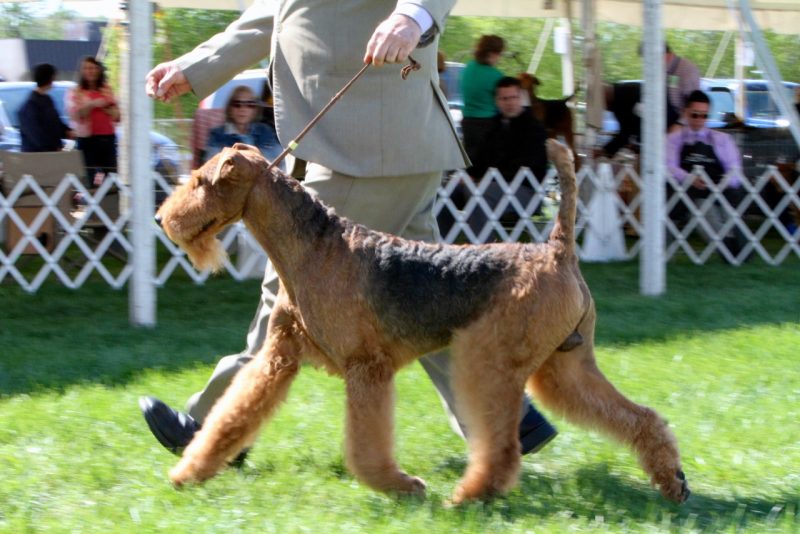 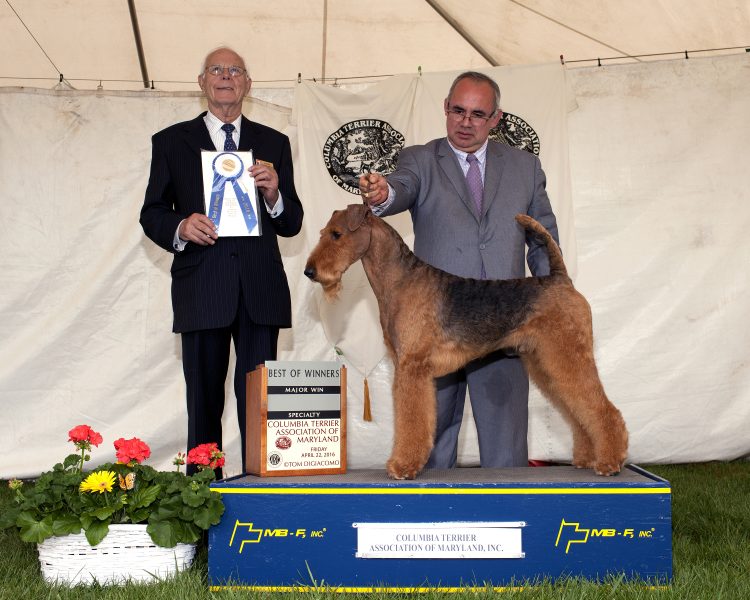 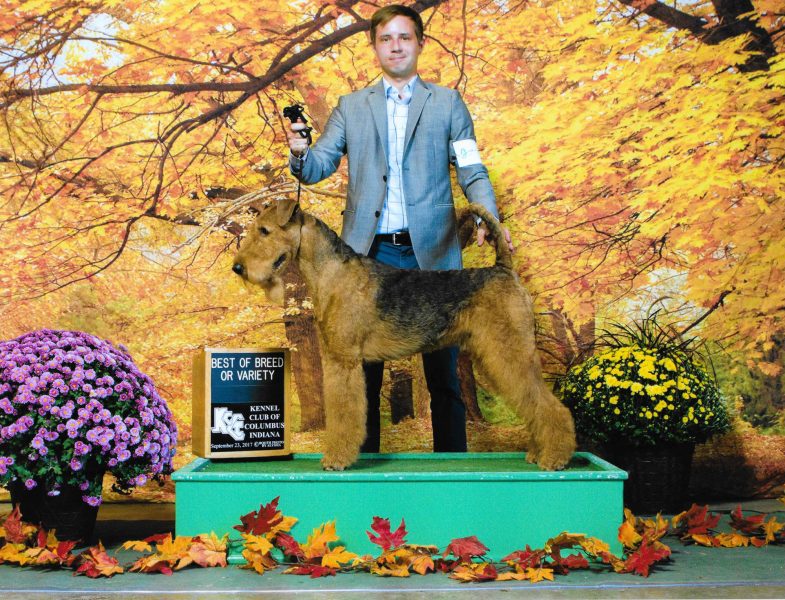 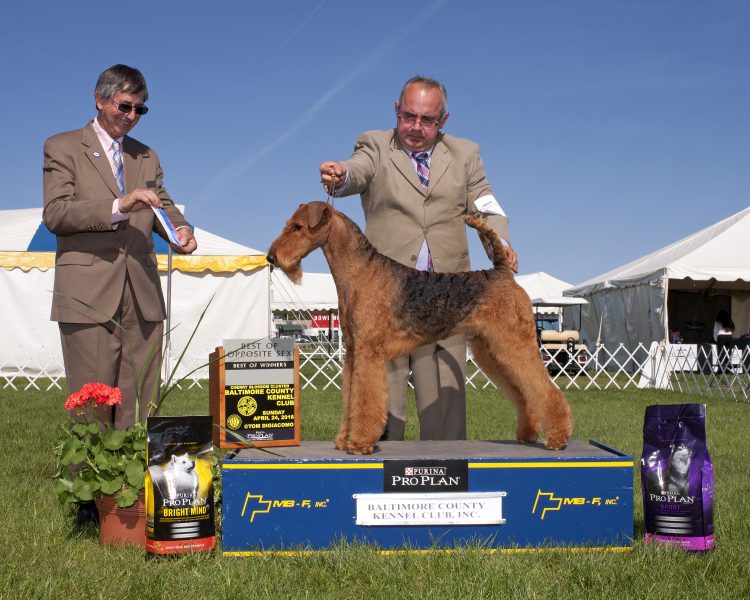 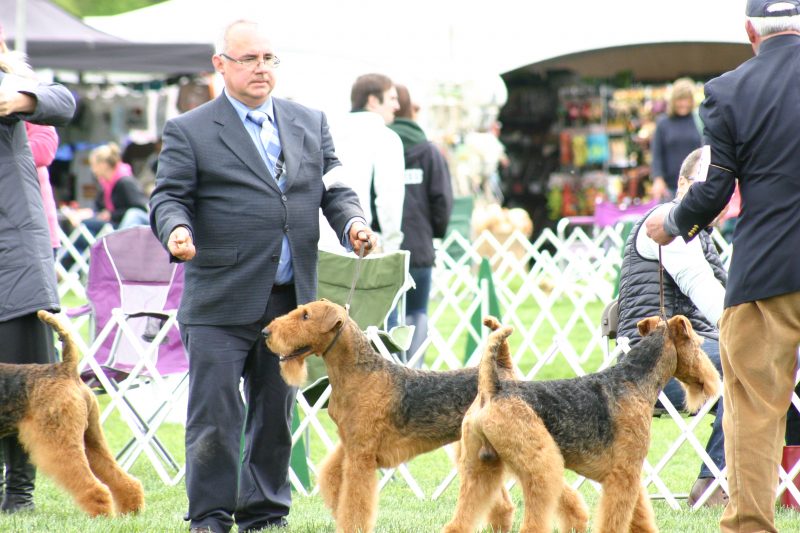 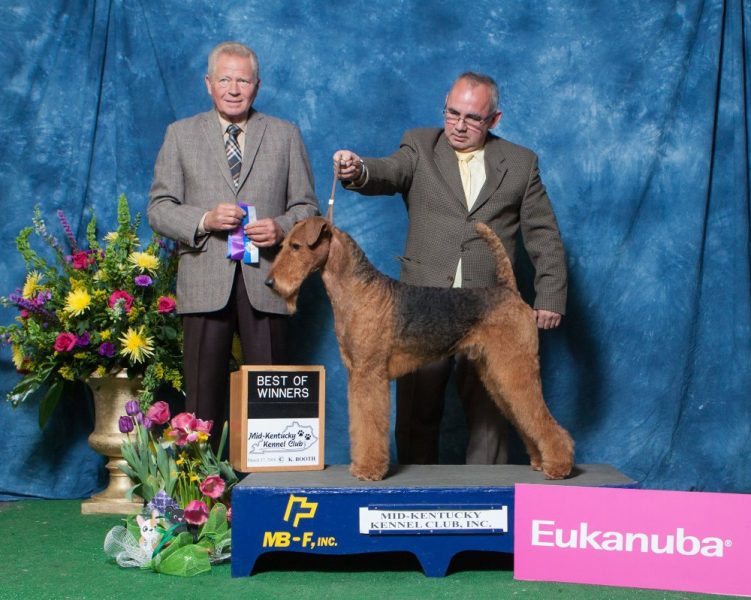 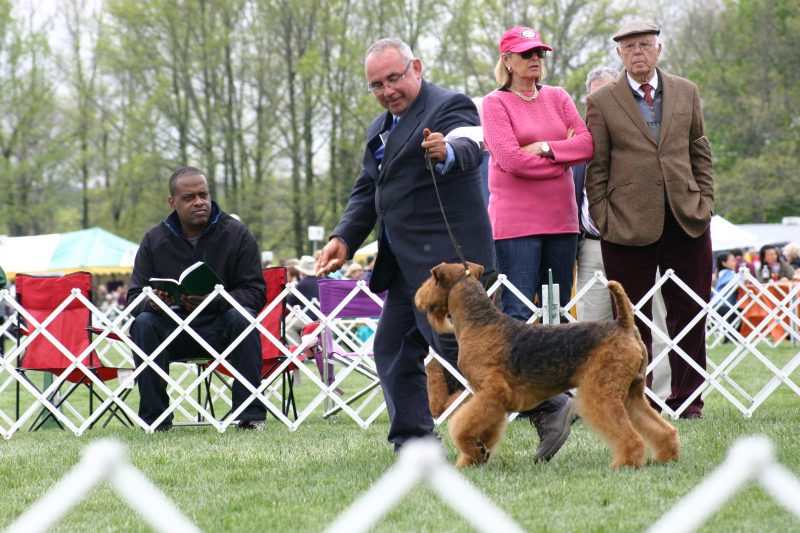 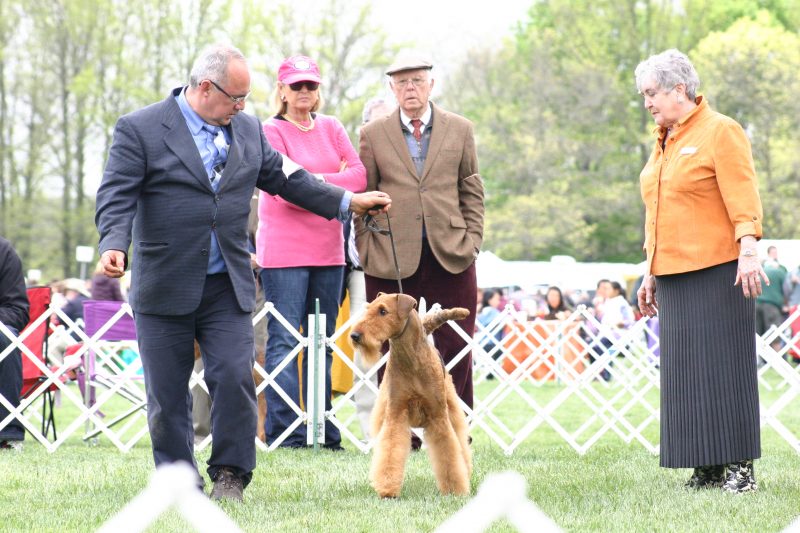 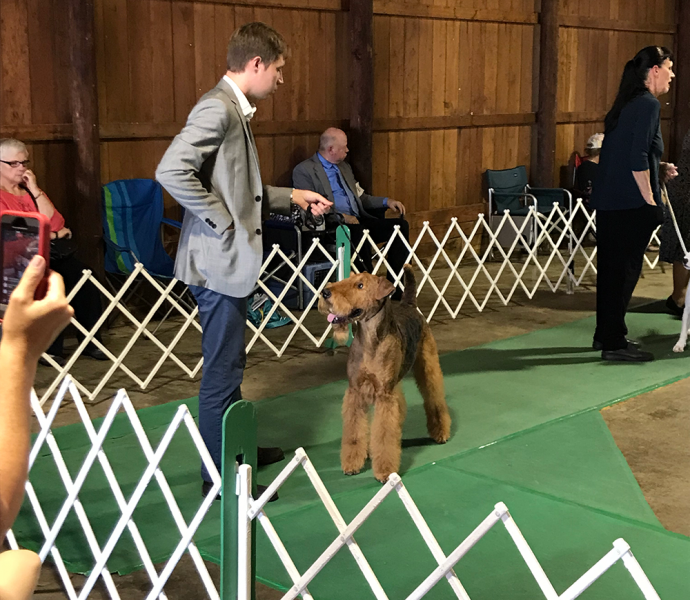 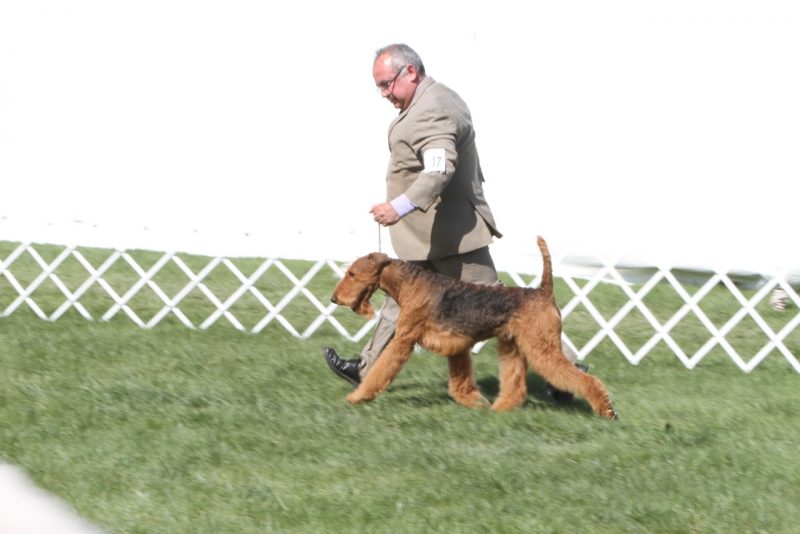 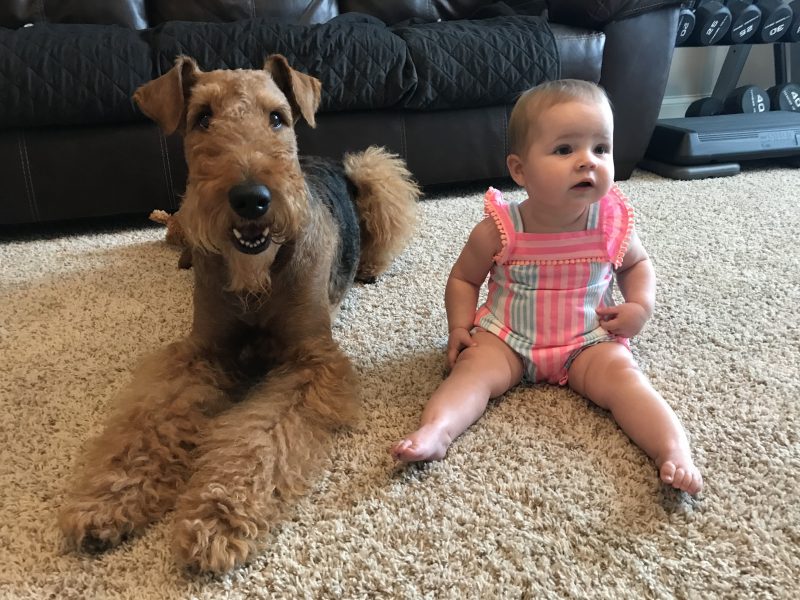 Born to Porsche at Bajanaire kennels, Klaus almost did not go home with the Swans, as they had not mentioned that they might want to show their pup until that day. Hoping that they would carry through, out from hiding came the pick male from this litter, and a great partnership was established between Janet Baker and Lance and Brittany Swan. That was a decision that Janet has never regretted!

Before attaining his conformation Championship, Klaus starred in the obedience ring with Lance Swan giving him the training he needed. At the age of 2 years, he received his rally title by placing 1st in his class with a score of 96 out of 100, then finishing with very respectable scores of 93 and 99. Klaus attained the rank of #6 Rally Novice dog in the United States in 2015

Not long afterward, at age 2 1/2, Klaus began his conformation show career in his home town of Louisville, KY, conditioned and handled by Santiago Pinto. On his very first day out he was awarded BW under judge Clay Coady.

His next shows were in Maryland. There, Klaus continued his winning ways at the Columbia Terrier Association of Maryland, taking BW and 4 pt major under the great terrier judge Peter Green. Peter had nothing but great things to say about Klaus.

On to the Baltimore County Kennel Club show under Judge Richard Powell where he took BW, OS and a 5 pt major. Judge Powell fell in love with Klaus and his fun, loving attitude.

Finally, Klaus finished his show career in New Jersey at the Garden State All Terrier Club Terrier Specialty taking a 5 pt major and BW to finish his championship under Judge Kerry Lee.

After a few months on the road and lots of trips for grooming, this handsome boy is taking a break from conformation showing to spend time at home with his owners Brittany and Lance Swan, playing with his sister Morgan, and continuing to compete in Rally and Obedience competitions.

Klaus has returned to the conformation ring after some time off to work towards his Grand Championship, has received his AKC Trick Dog Novice Title, as well as working towards more obedience titles.

Klaus is a well rounded dog with 4 years of obedience training, experience in conformation and obedience rings, has an AKC Canine Good Citizen title and Trick dog title, and all around a loving, sweet, goofy, protective Airedale.

Klaus’s newest accomplishment is being big brother to his new human sister Ella. When not giving her kisses, he is standing guard to protect her.

In the summer of 2019, Klaus sired a littler of 11 healthy puppies who are now placed with happy families all around the United States.

He has been OFA screened for hip dysplasia with a GOOD rating (AT-5580G34M-NOPI) and is standing at stud to approved bitches only. Klaus resides in Louisville, KY.