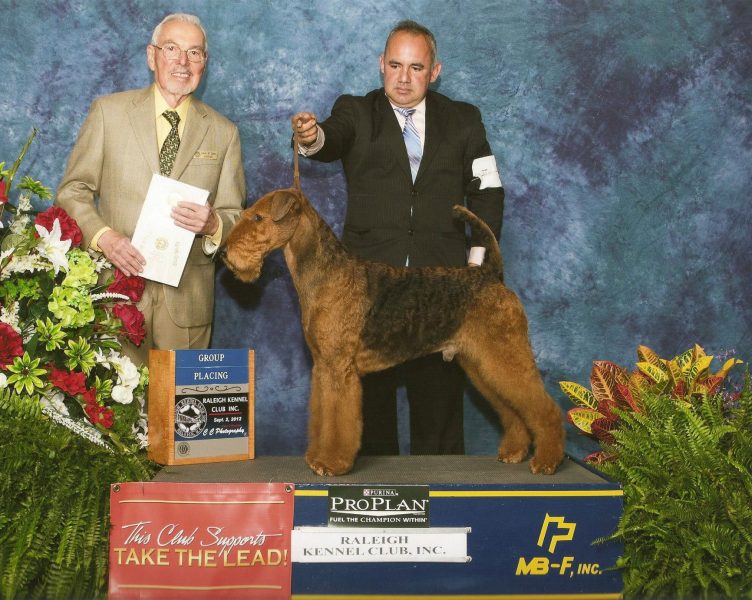 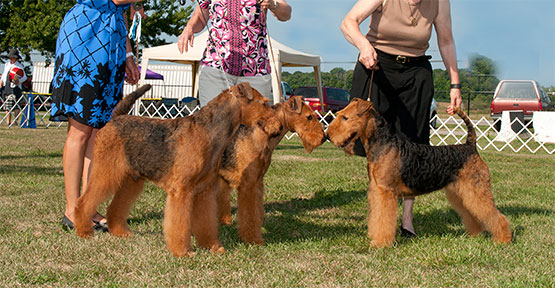 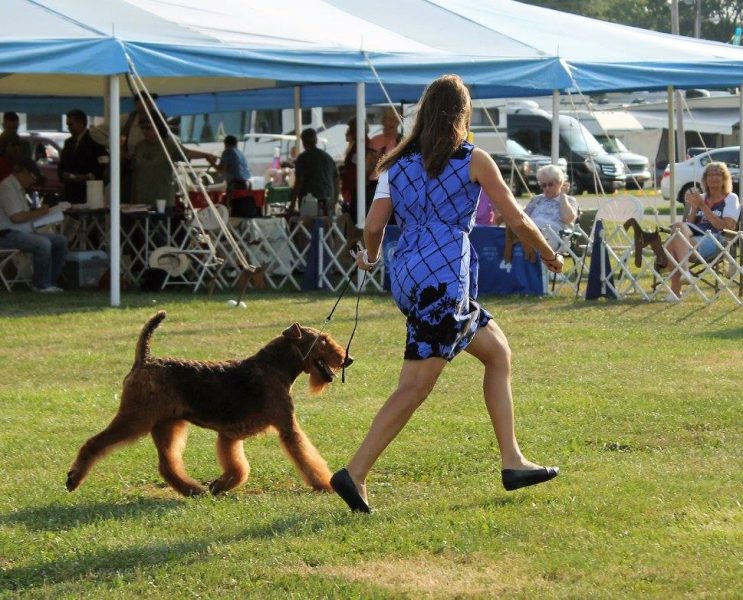 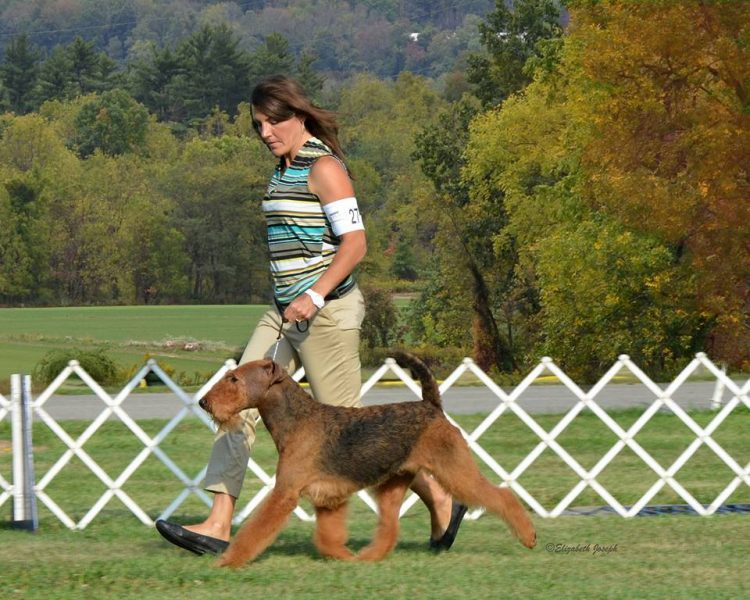 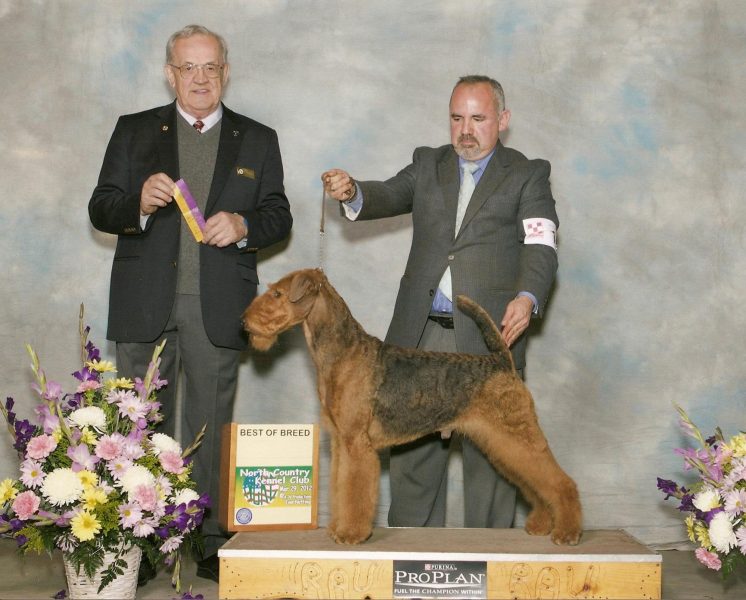 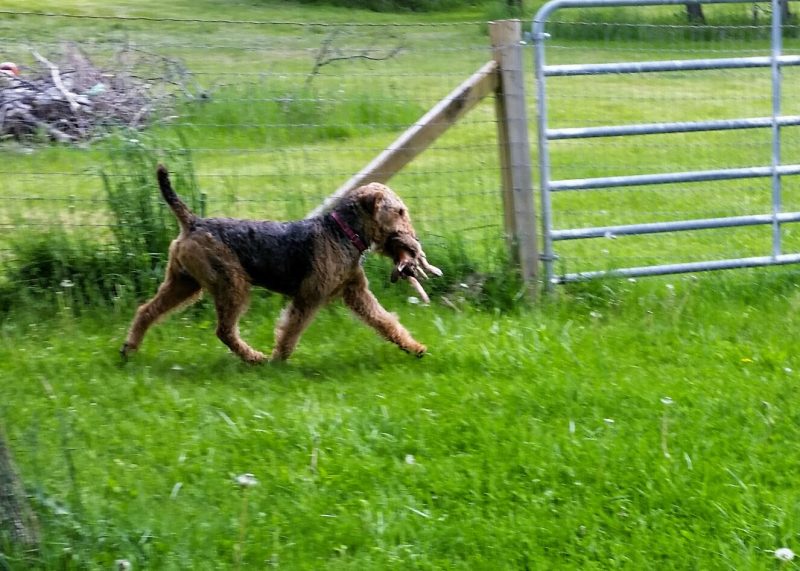 GCHB Bleu By You

Bleu was BIS puppy owner handled and pulled from groups before his CH in 2008, finishing his AKC CH in Jan.2008 with 3 majors back to back at 18 months of age.

Many good terrier judges noticed him, including Peter Green, who called him “an honest, true and great mover of the breed”.   Bleu retired from his show career in 2012, after achieving  #6 in breed and all-breed,  winning Specialties, being a multiple group winner, and achieving Bronze GCH.  Even with rather limited showing for the year, he also qualified  for Top 5 for Eukanuba GCH.  In 2016 Bleu took Best Veteran in Sweeps at Canfield at the age of 10.

Today, his main duties involve stealing toys from his buddies Sofia and Francisco, just to see if anyone is paying attention 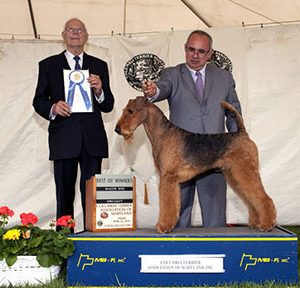 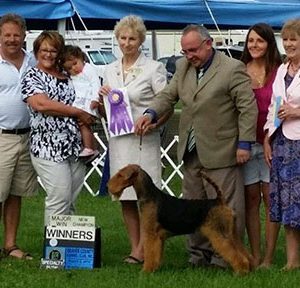 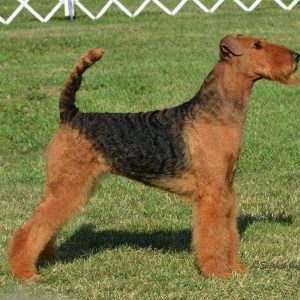 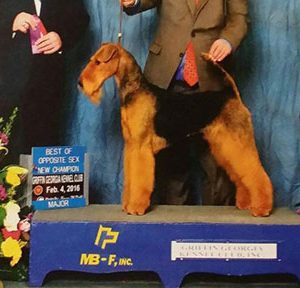 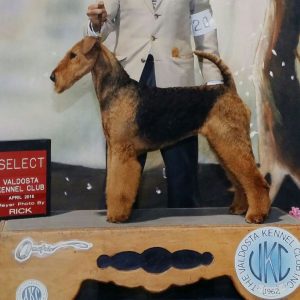